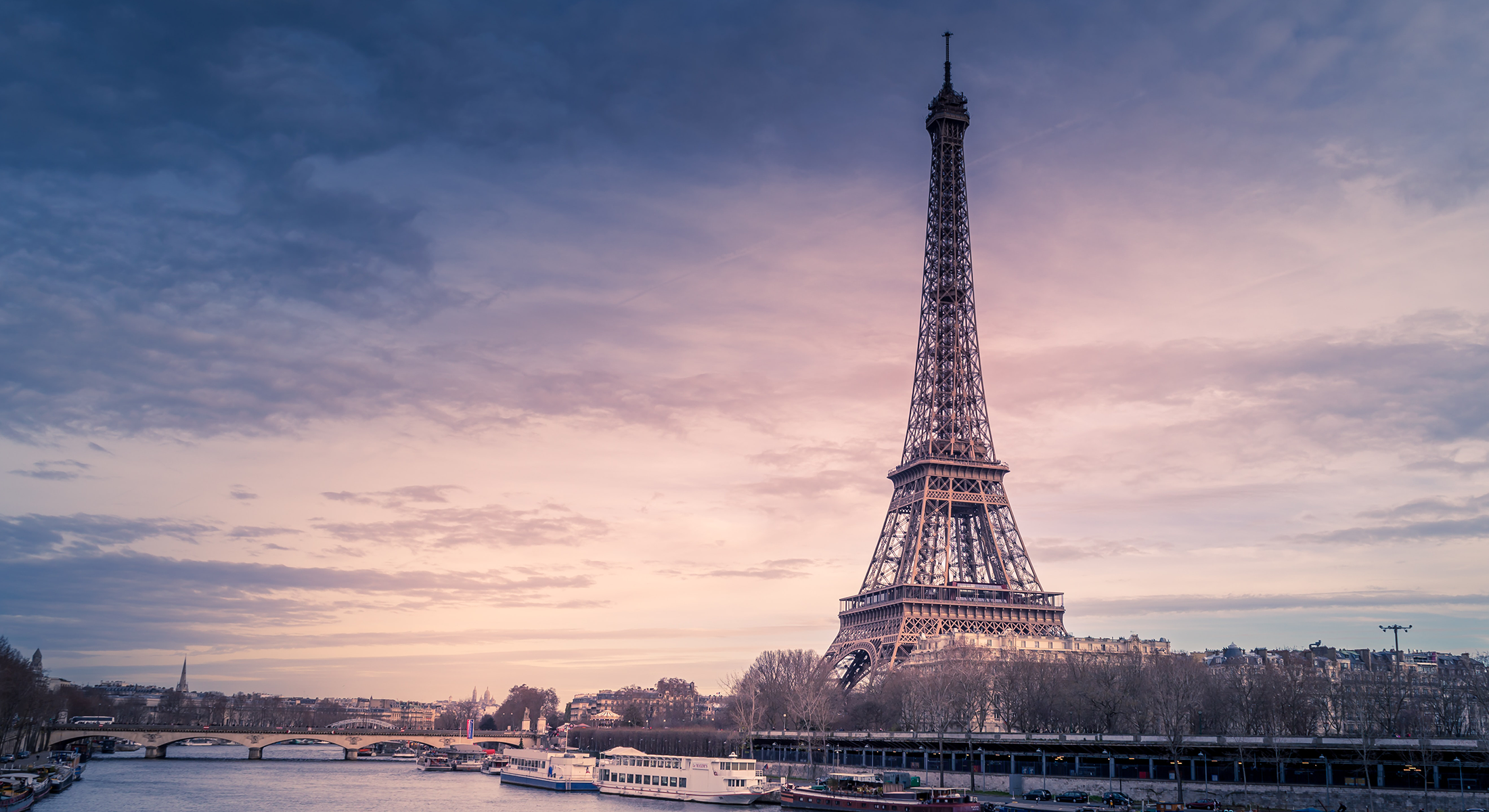 Cultural Heritage
Europe’s almost unmanageable wealth of attractions is its biggest single draw: the birthplace of democracy in Athens, the Renaissance art of Florence, the graceful canals of Venice, the Napoleonic splendour of Paris, and the multilayered historical and cultural canvas of London. Less obvious but no less impressive attractions include Moorish palaces in Andalucía, the fascinating East-meets-West brew of İstanbul in Turkey, the majesty of meticulously restored imperial palaces in Russia’s former capital St Petersburg and the ongoing project of Gaudí’s La Sagrada Família in Barcelona.

Glorious Scenery
Despite its population density Europe maintains spectacular natural scenery: rugged Scottish Highlands with glens and lochs; Norway’s fabulous fjords, seemingly chipped to jagged perfection by giants; the vine-raked valleys of the Loire; and the steppe-like plains of central Spain. For beaches, take a circuit of the Mediterranean’s northern coast where beach holidays were practically invented. Or strike out to lesser-known yet beautiful coastal regions such as the Baltic and Black Seas. Mountain lovers should head to the Alps: they march across central Europe taking in France, Switzerland, Austria, northern Italy and tiny Liechtenstein.

Raise a Glass
Cheers! Salud! Prost! Cin cin! À votre santé! Europe has some of the best nightlife in the world. Globally famous DJs keep the party going in London, Berlin and Paris, all of which also offer top-class entertainment, especially theatre and live music. Other key locations for high-energy nightlife include Moscow, Belgrade, Budapest and Madrid, while those hankering for something cosier can add Dublin’s pubs or Vienna’s cafes to their itinerary. Continue to party on the continent’s streets at a multiplicity of festivals, from city parades attended by thousands to concerts in an ancient amphitheatre.

Magnificent Menus
Once you’ve ticked off the great museums, panoramic vistas and energetic nightlife, what’s left? A chance to indulge in a culinary adventure to beat all others. Who wouldn’t want to snack on pizza in Naples, souvlaki in Santorini or even haggis in Scotland? But did you also know that Britain has some of the best Indian restaurants in the world; that Turkey’s doner kebab is a key part of contemporary German food culture; and that in the Netherlands you can gorge on an Indonesian rijsttafel (rice table)? Europe’s diversity and global reach is its trump card. 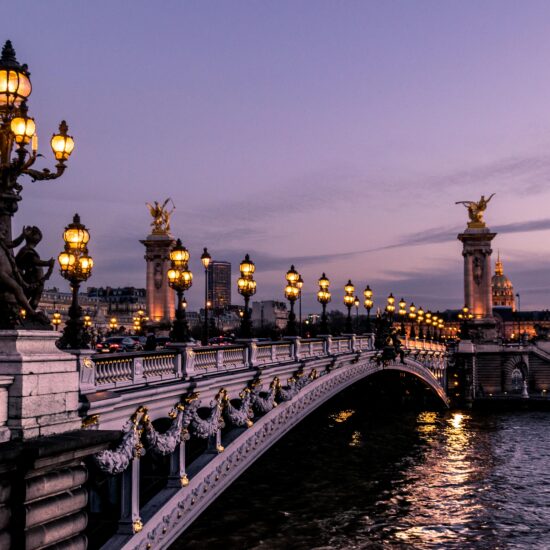 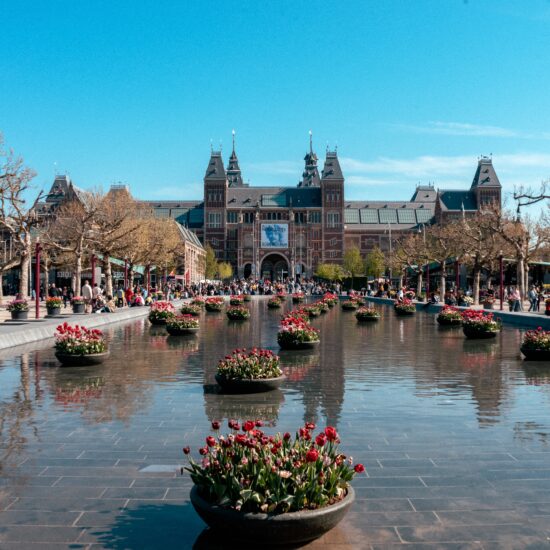 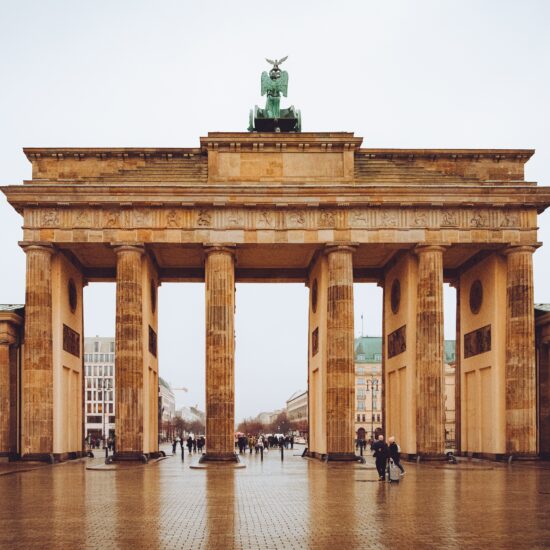 Welcome to Paris! Upon arrival at the airport, meet your car and transfer to the hotel. Check in and spend the rest of the day at leisure. Overnight at the hotel in Paris.

Make your way to the meeting point and board the coach for your tour of Paris, where you will be provided with individual earphones with recorded commentary in several different languages. The tour includes Paris’s main monuments - the Champs Elysées, Arc de Triomphe, Place de la Concorde, Les Invalides (Napoleon’s tomb), the Tuileries Gardens, as well as many other fantastic sights. This tour also includes a cruise on the river Seine. In the evening, why not explore the Latin Quarter on your own, which is renowned for its lively atmosphere and bistros. Overnight at the hotel in Paris. (B)

This morning after breakfast the day is at leisure. OR you may opts to Magic Kingdom at Disneyland Paris. Make your way to the coach meeting point in central Paris and board your coach. The journey from Paris to Disney takes about one hour and you’ll have all day to discover this wonderful attraction. You ticket includes entry to Disneyland Paris Park where you’ll meet all the famous Disney characters. You also have access to Walt Disney Studios Park where you can get behind the scenes of Disney’s movies. Cartoons and tv-shows. Board the coach at the end of the day and head back to Paris. Overnight at the hotel in Paris. (B)

Today take your transfer to Paris Train Station. Board a local train and relax during the short and smooth train ride to Interlaken. Upon arrival at the station meet your car and transfer to the hotel. Check in and spend the rest of the day at leisure. Overnight at the hotel in Interlaken. (B)

From Interlaken, proceed to the heart of the Jungfrau region mountain with Swiss pass which is uniquely situated between two lakes, we make our way to famous mountain resort Grindelwald where we board the cogwheel train for a spectacular ride via Kleine Scheidegg to Jungfraujoch. Stunning views of the world-famous triple peaks of Eiger, Monch and Jungfrau accompany you all the way to the top. Once on the top, immerse yourself in the fascinating high-Alpine wonderland of ice, snow and rock. Experience the adventure tour “Alpine Sensation” marking the 100-year anniversary of the Jungfrau Railway and visit the Sphinx Observation Terrace and Plateau with the most breathtaking panoramic views of snow-capped peaks, neighboring countries and Europe’s longest glacier, the Aletsch Glacier. Don't forget to stroll through the tunnels of the Ice Palace located in the heart of the glacier – a once in a lifetime experience you don't want to miss!. Overnight at the hotel in Interlaken. (B)

Today take your own way to Lucerne Train Station. Board a local train and relax during the short and smooth train ride to Lucerne. Upon arrival at the station transfer to the hotel on own. Check in and spend the rest of the day at leisure. Overnight at the hotel in Lucerne. (B)

This morning after breakfast, from Lucerne with Swiss pass proceed to the Engelberg, where the breath-taking journey to Mt. Titlis begins. Enjoy spectacular sights of the glacier's deep crevasses and gigantic ice boulders from the revolving cable car ROTAIR. At the top of Mt. Titlis (10'000 ft. above sea level) a high alpine panorama awaits you. You will have magnificent views of the Alps from the restaurants or the sun terrace, have a snow ball-fight, visit the Ice Grotto, go by IceFlyer real close to the crevasses and use the Fun Lift for sledging. All included (weather permitting). Return to Lucerne in the early evening. Overnight at the hotel in Lucerne. (B)

Today take your own way to Lucerne Train Station. Board a train and proceed towards Milan. Upon arrival at the station transfer to the hotel on private basis Check in and spend the rest of the day at leisure. Overnight at the hotel in Lucerne. (B)

This morning after breakfast take your transfer to the station for your onward journey by train to Venice. Upon arrival at Venice Train Station, meet your water taxi and transfer to the hotel. On Arrival make your way to St. Mark’s Square to meet your tour guide and enjoy a relaxing 1.5 hour guided walking tour covering the most iconic Venice landmarks. The tour starts at St Mark’s Square and passes the Ducal Palace as well as the Bell Tower. Listen to the guide’s anecdotes as you pass through the narrow streets, squares and bridges of Venice. Return to St Mark’s Square via the Mercerie, the main street for shopping. Overnight at the hotel in Venice. (B)

Today proceed to Venice train station and board your service to Florence. Upon arrival at Florence Train Station, meet your car and transfer to the hotel. Later you proceed for afternoon tour of Pisa. Once arrived in Pisa our guide will lead you to the famous Miracles Square explaining the wonders of this square. You will admire The Leaning Tower (interior), the Baptistery (exterior) and other beautiful monuments before entering inside the Cathedral (interior).At the end of the guided visit you'll have free time for taking pictures and shopping before coming back to Florence. Overnight at the hotel in Florence. (B)

Today afternoon Proceed for Walking tour of Florence, with an expert guide you will enjoy a walk through the most fascinating and interesting places of Florence: Repubblica Square, the Cathedral with Brunelleschi's Dome, (exterior) the Baptistery with its famous Gates of Paradise, Signoria Square with its Palazzo Vecchio and Loggia dei Lanzi. Few minutes to take last pictures and you will meet the guide to enter the Uffizi Gallery to visit its famous and beautiful collections of Italian Renaissance paintings. The tour will finish enjoying a beautiful view of Florence, from Uffizi terrace. Overnight at the hotel in Florence. (B)

Take your private transfer to the station for your onward journey and board your service to Rome. Upon arrival at Rome Train Station, meet your car and transfer to the hotel. Check in and spend the rest of the day at leisure. Overnight at the hotel in Rome. (B)

Proceed to the Classic Rome Public Tour. An itinerary by coach and on foot to visit the classic monuments of Rome. Crossing Piazza della Repubblica with the Fountain of the Nayads, our local guide will take you on a pleasant stroll through the historical centre, where you can admire the Trevi Fountain, La Colonna di Marco Aurelio, the Palazzo di Montecitorio, designed byBernini, the Pantheon (visit inside), Palazzo Madama - seat of the senate, Piazza Navona, Via dei Coronari (the Antiquarians Road). Passing alongside Castel Sant'Angelo and along Via della Conciliazione, we get the Basilica of St. Peter *, which you can visit with headphones provided by our guide. You will have the opportunity to admire the Pieta, a masterpiece of Michelangelo. Overnight at the hotel in Rome. (B)

This morning after breakfast at the hotel the day is free at leisure until departure transfer to Airport or Train Station for your onward journey.

Make Your Own Memories 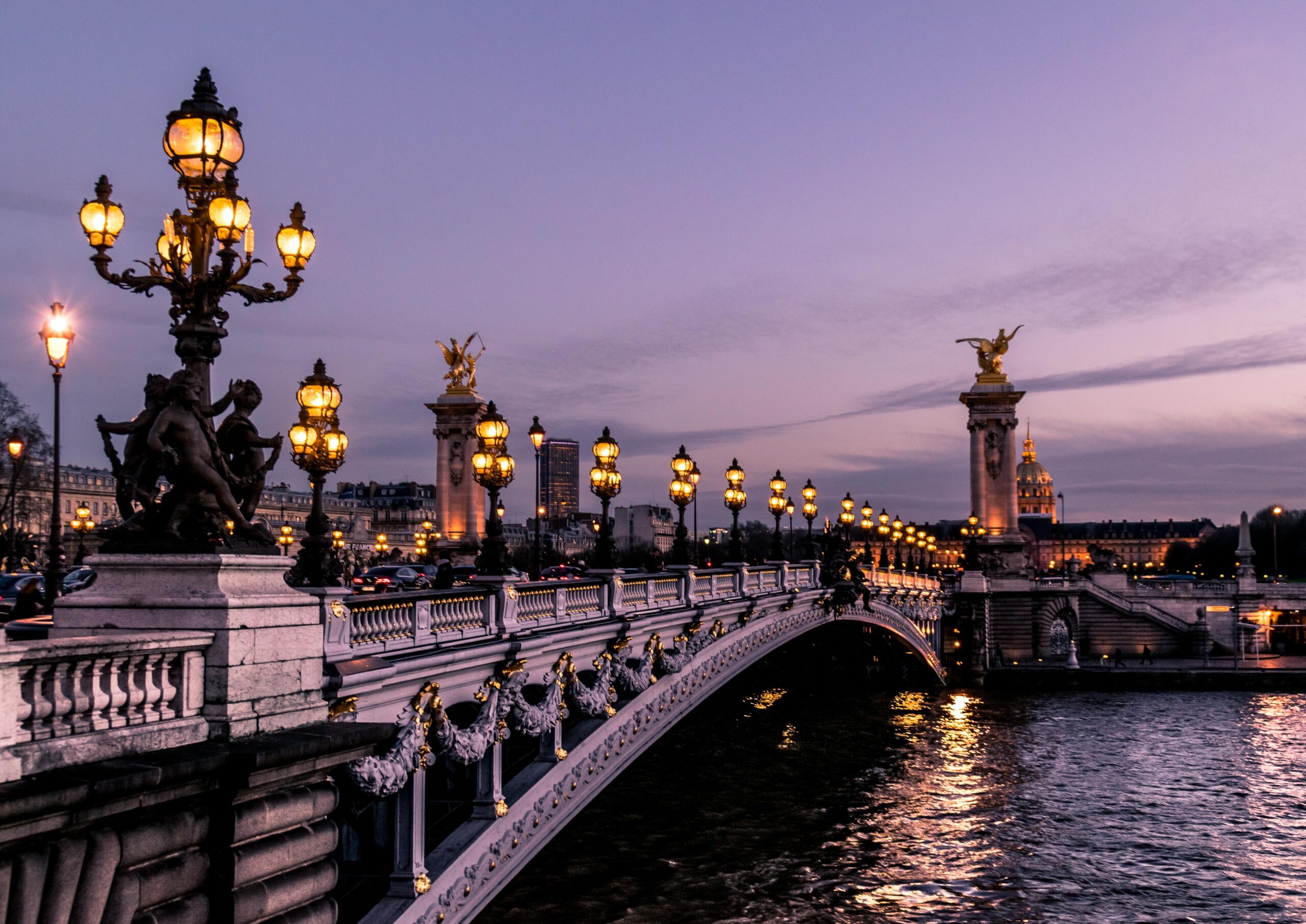 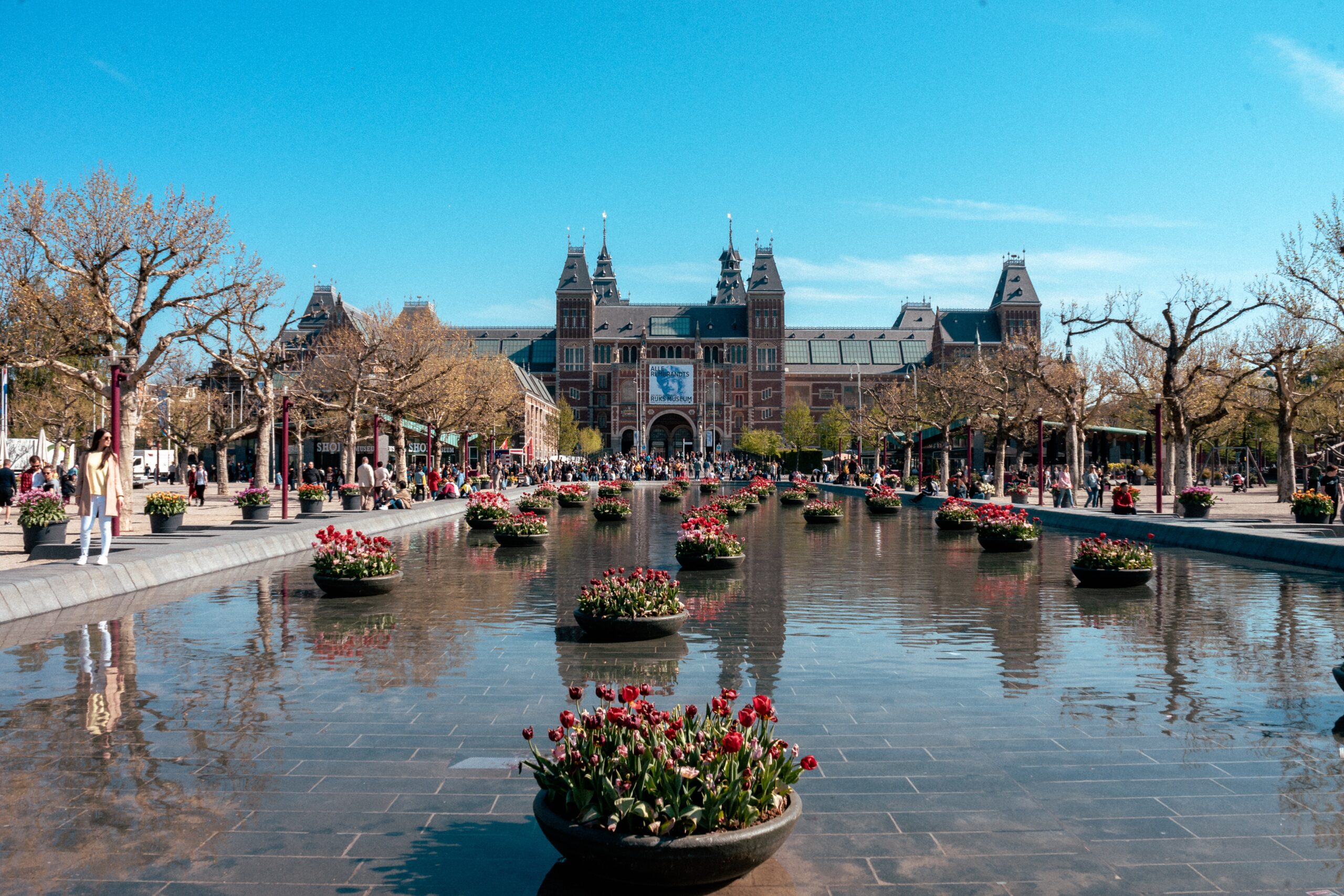 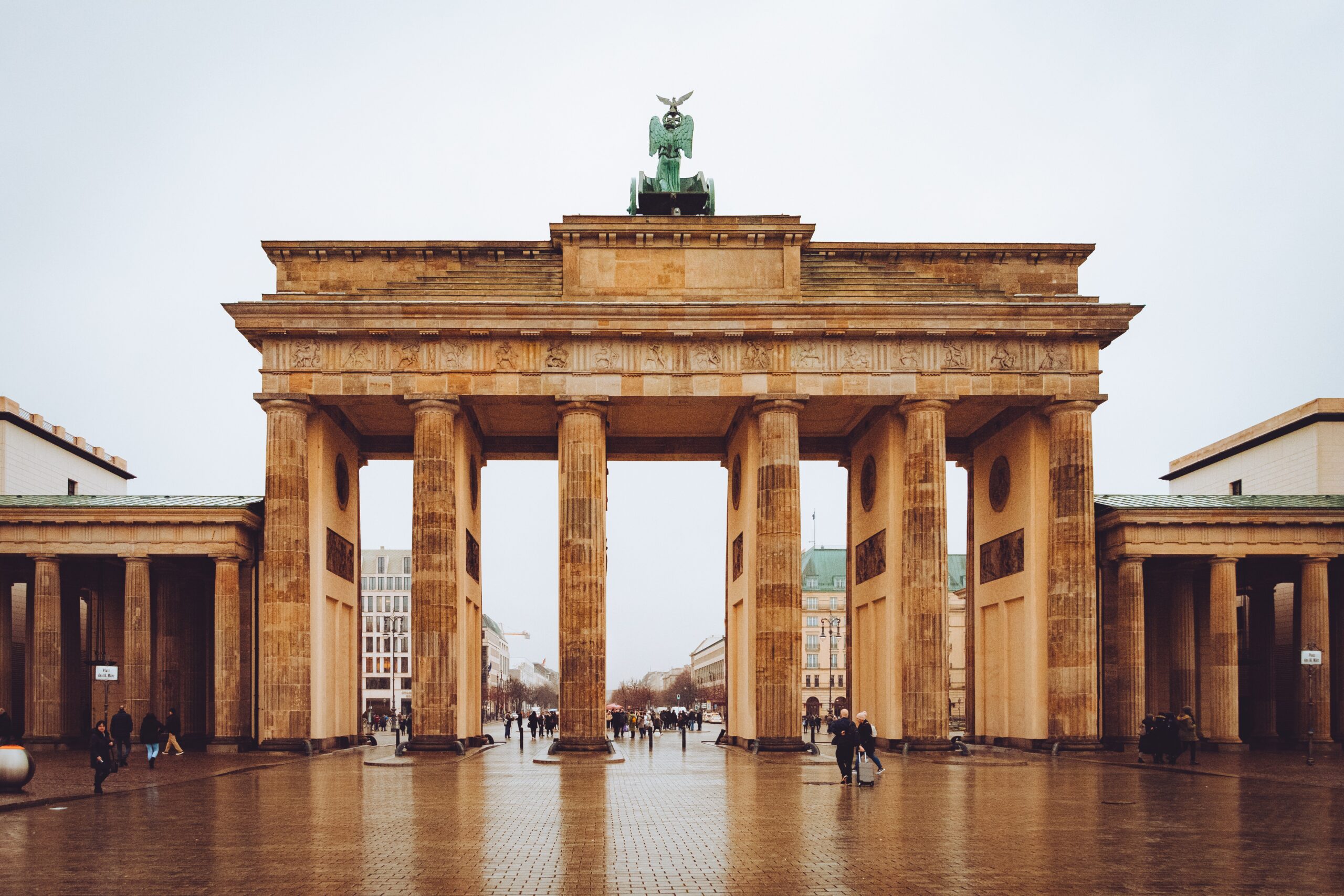