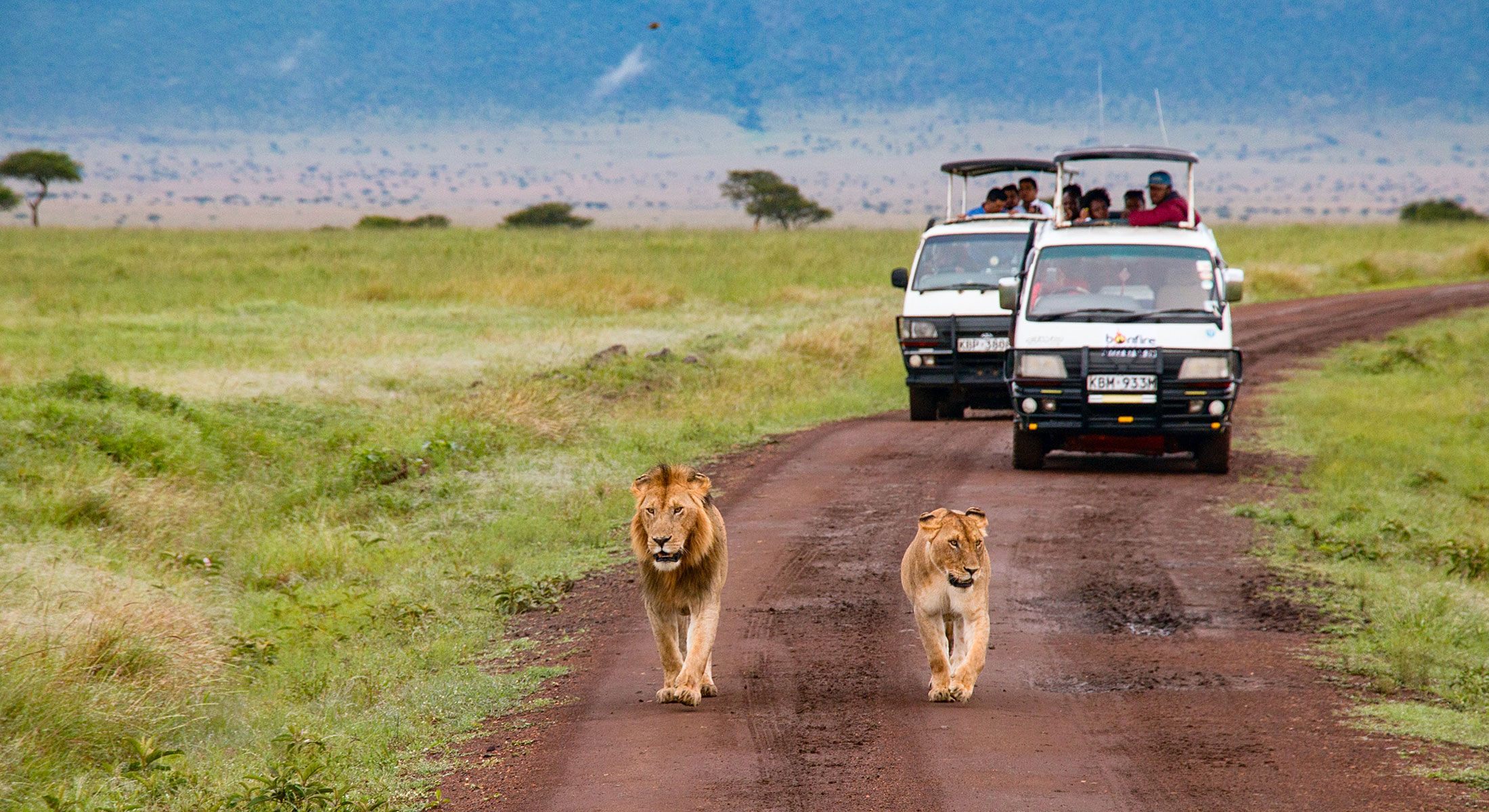 The present-day country of Kenya, like many other African nations, grew out of 19th and 20th century European colonialism. In 1895, the British government established the East African Protectorate and opened Kenya’s fertile highlands to white settlers. Kenya became an official British colony in 1920, but Africans participation in their own government began in 1944. The country was granted independence from the United Kingdom on December 12, 1963 (This day is celebrated annually as a national holiday) with The late President Jomo Kenyatta (died 1978) as the First Leader. Retired President Daniel Toroitich arap Moi picked up the Reigns of Power and led the country until 2001. 1991 Kenya became a multiparty State and the first multi-party elections were held. In 2001 Moi handed over power to the Current President Emilio Mwai Kibaki.

Kenya, a country of scenic beauty, lies on the eastern coastline of Africa covering an area of 600,000 square Kilometers. The Indian Ocean borders it on the east, providing a welcoming beach-front and whispering palm trees. Tanzania is on the south; Uganda on the west; Ethiopia to the north; with Somalia lying on the northeast. L. Victoria, the second largest lake in the world is found on the extreme west and is shared by Uganda and Tanzania.

The Equator cuts through the country from east to west allowing almost equal hours of day and night, while the Great Rift Valley running north to south gives it its varied terrain of mountains, hills, ranges, escarpment and rolling plains, interspersed with rivers, lakes, streams and cascading falls. Kenya’s main tourist attraction and economy earner, its wildlife, is housed in these forest covered lands defined by the various game parks and reserves.

Kenya’s geographical position contributes the climate of two rainy seasons; the short rains from October to November, while the long rains are from April/May all through to July. In these months the country experiences low to moderate temperatures specially the highlands that are quite cold. The Western region, around the lake creates a climate of its own, while coastal areas have moderate temperatures to high temperatures. Northern Kenya usually undergoes periods of none to minimal rainfall. Nairobi, Kenya’s capital is a cosmopolitan city where various races of people live, work and socialize together. It lies to the South of the equator and east of the Rift Valley.

English and Swahili are the national languages of the country, a homeland for a large number of indigenous tribes, and people from all corners of the world. Kenya, a country made up of warm, welcoming people and its magnificent tapestry of landscapes make a visit delightfully rewarding and memorable.

Arrive at Jomo Kenyatta International Airport Nairobi; After you disembark off the flight and are assisted through immigration and custom procedures, your waiting team will meet you and transfer you to the hotel. Overnight at the hotel in Nairobi hotel.

Today after breakfast, leave Nairobi in the morning to Nyeri, a small but fast growing town in the heart of the coffee growing and dairy farming area in the so-called former White Highlands of Kenya. After a sumptuous lunch at the base hotel, the tour leaves for a tree hotel where the evening is spent watching succession of animals that emerge from the forest and descend on floodlit water hole and salt lick, scuffling and jostling for a good vantage position. At night if you want to remain awake and watch the show-the Elephants may engage in a show of strength with each other but even they would be reluctant to challenge the rhino. The herbivores keep their distance from these two competitors. In the case of Mountain Lodge you arrive directly at the lodge for lunch. Meals and overnight at a Tree hotel. (Breakfast, Lunch and Dinner) You are required to pack an overnight bag when you transfer to the Ark for the night.

Today depart for Nyahururu (Thompson’s Falls) at an altitude of 7,738 feet. The falls are named after the Scots explorer Joseph Thompson who was the first European to discover the falls in 1884. Then descend into the Rift Valley to Lake Nakuru National Park for lunch at one of the hotels. After lunch an exciting game drive is planned for the afternoon. The game in this Park is plentiful and the magnificent bird watching will make a devotee out of even the most reluctant. The Park is a home to stunning flocks of lesser and Greater Flamingos, which literally turn the lakeshores in to a magnificent pink stretch. The bird life here is world renown and over 400 bird’s species exist here, White Pelicans, Plovers, Egrets and Marabou Stork. It is also one of the very few places in Africa to see the White Rhino and rare Rothschild Giraffe. Meals and overnight at the lodge/camp in Nakuru/Naivasha. (Breakfast, Lunch and Dinner)

Today morning drive through the dramatic Great Rift Valley to the Masai Mara National Reserve. This enormous reserve is actually part of the vast Serengeti plains famously known for its spectacular great wildebeest’s migration and is home of the Big Five: Lion, Elephant, Leopard, Buffalo and Rhino. Lunch at your Lodge/ camp and relax before departing for an afternoon game drive. The Mara Game Reserve – one of the greatest wildernesses of the world. Large mammals are varied, and easy to see. Residents among the Park's are: Maasai Giraffe, Buffalo, Eland and thousand of plain game including Impala, Zebra, Topi, both Thomson's and grants Gazelles. Meals and overnight at a lodge/ camp in Mara. (Breakfast, Lunch and Dinner)

Proceed on a morning game-viewing drive to search for the myriad species of game that make this reserve their home. If you are lucky, you can witness the kill in action, moment by moment, right in front of your unbelieving eyes! After a sumptuous lunch at your lodge, proceed for another exciting game drive, where you can expect to see the famous 'Big 5'. Meals and overnight at a lodge/camp in Mara. (Breakfast, Lunch and Dinner)

After breakfast checkout and drive back to Nairobi arriving in time for lunch. Lunch on own. Later transfer to the Jomo Kenyatta International Airport for your onward flight. (Breakfast)