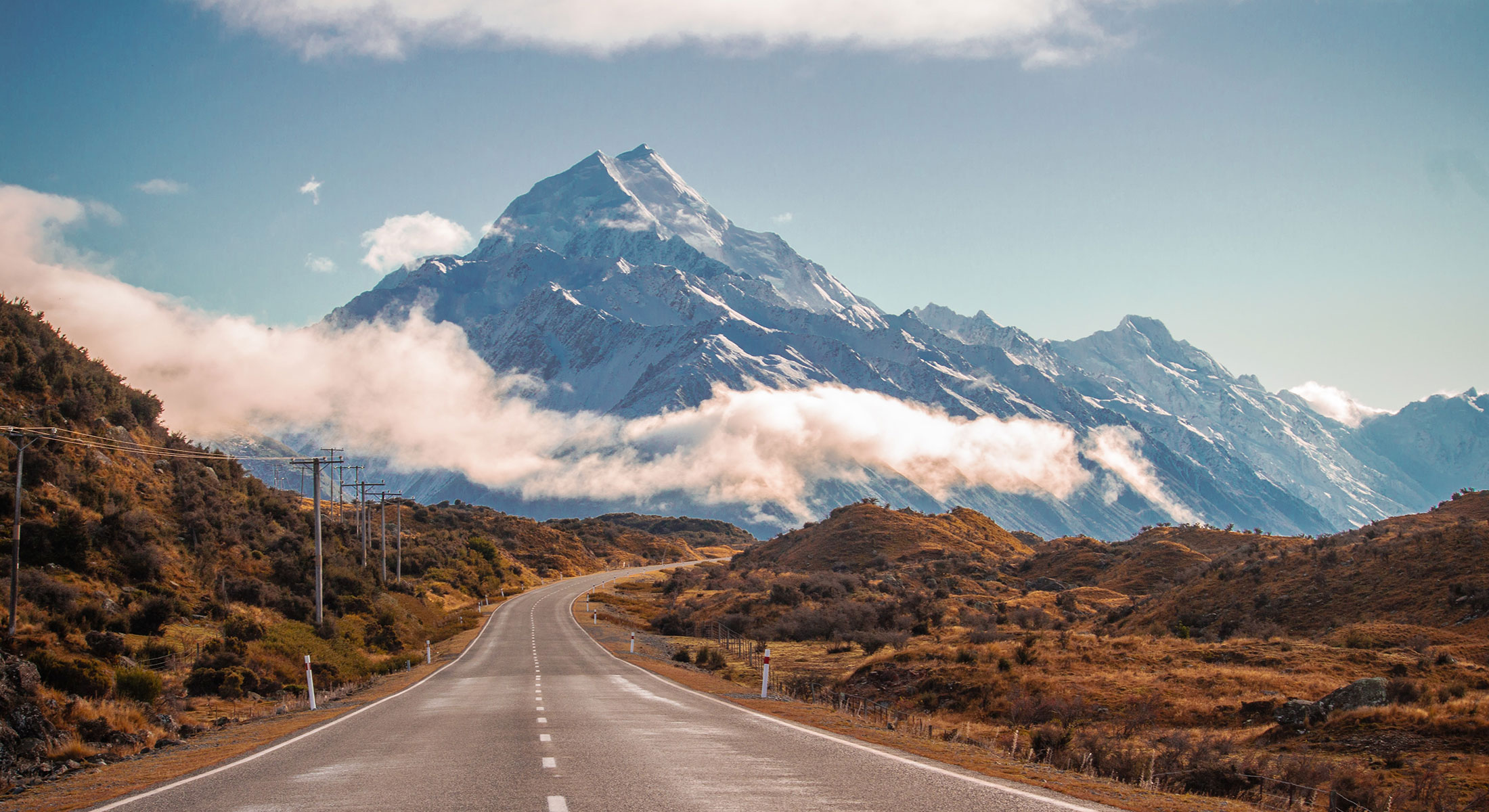 A country that provides spectacular views with rivers, snow capped mountains, glaciers and stunning landscapes. Skiing, snowboarding, taking wine tours, hiking, sightseeing while self-driving…there is so much you can do in the land of Kiwis. New Zealand is surely a great place to visit and can be enjoyed in the autumn season when many activities are open for tourists. On the other hand, winter in this country can be dangerous; especially in areas such as Lindis Pass and Central North Island that are at a higher elevation. The tourist places in New Zealand and New Zealand itself are divided into two main islands- the south and the north; both are marked by volcanoes and glaciers. These islands are inhabited by flightless birds such as a nocturnal, burrowing parrot called the kakapo and kiwi that are not seen anywhere else.

People of this country are extremely friendly and welcoming who locally follow the Maori culture. This culture is only followed in New Zealand and can’t be witnessed in any other part of the world. So make sure you take out time to engage in their lifestyle and watch their traditional dance. Some spectacular sceneries can be found on the South Island where the mountains are generally snow-capped and snow-covered. Moreover, even though the tourist places in New Zealand are famous for its landscapes, the ocean is equally important for the countless Kiwis who like to spend their time sailing, fishing and diving. Thousands come to this country to watch rare species like Hector’s dolphins, whales, seals, yellow eyed and blue penguins, kiwi bird are many other rare species.

Upon arrival in Auckland, 'The City of Sails', seat in coach guests will be met by our local representative and privately transferred to your hotel. Self drive guests will collect rental car at the airport and drive to the hotel. Overnight at the hotel in Auckland.

Today enjoy a morning sightseeing tour of Auckland city (seat in coach guests only). Visit Kelly Tarlton’s Sealife Aquarium and Antarctic Encounter (both seat in coach and self drive guests). Later the day is at leisure. Overnight at the hotel in Auckland.

Visit Te Puia Thermal Reserve to see boiling mudpools and roaring geysers. Following this, visit Agrodome for a farm show and Rainbow Springs to see New Zealand’s trout, birds and wildlife. The afternoon is at leisure. This evening enjoy an authentic Maori Hangi (feast) and Concert. Overnight at the hotel in Rotorua

Proceed to depart on your domestic fight from Rotorua to Christchurch.(airfare not included). On arrival check in to your hotel. Rest of the day is at leisure. Overnight at the hotel in Christchurch.

This morning travel across the fertile Canterbury Plains to Lake Tekapo and the 'Church of the Good Shepherd' before continuing on to New Zealand's highest mountain – Mt Cook. Depart Mt Cook and follow the shores of Lake Pukaki south through the historic Central Otago region to the 'Alpine Resort' of Queenstown. Overnight at the hotel in Queenstown.

Today follow the southern arm of Lake Wakatipu to Lumsden, and onward to Lake Te Anau. Enter the Eglinton Valley and travel through the breath taking man made Homer Tunnel to reach Milford Sound. Enjoy a cruise on this world famous ford, dominated by Mitre Peak and the cascading Bowen Falls. Return to Queenstown. Overnight at the hotel in Queenstown.

Proceed to Glacier region travel via Lake Wanaka and through the historic Haast Pass, gateway to the World Heritage West land National Park. Continue up the West Coast past spectacular mountain ranges, native forests and lakes to the glacier region of Franz Josef and Fox Glaciers. Overnight at the hotel in Glacier Region.

Today travel north to Greymouth today and board the Tranz Alpine train (seat in coach guests only). Ascend through lush beech forests past the alpine village of Arthur's Pass before crossing the spectacular Southern Alps. Travel over Canterbury Plains to Christchurch. Overnight at the hotel in Christchurch.

Today proceed to airport to board the fight to next destination or your hometown with lots of memories to cherish for a life time. (B) Tour Concludes!!